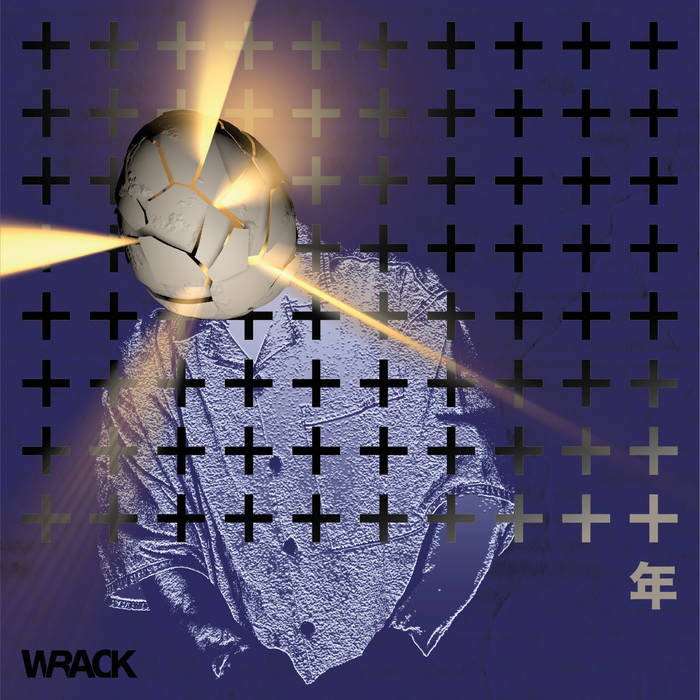 udream Cant get over how good this is, wrack gives me a concussion Favorite track: 10 Years.

WRACK, who started DJing back in 2009, wanted to release a mixtape that would be the culmination of a decade of musical activity. How he would go about doing this, however, he did not know.

That was until he met the Absurd TRAX crew in Tokyo in February, marking the beginning of a friendship that would continue to deepen, leading to an invitation to Hong Kong in July.

WRACK believes that the Absurd TRAX crew is the coolest one in Asia, with each person in the crew having established their own singular style before showcasing it on the label.

When he first started DJing 10 years ago, WRACK would never have imagined what would transpire in the following decade, with his name featured on posters and records from around the world.

All manner of things, good and bad, have happened in the last 10 years, all of which have helped WRACK grow, and all of which have played their part in the writing of this mixtape. This mixtape is an effort to harness and concentrate the emotional impact of the last decade into a series of musical bursts. We hope that all of its euphoria and catharsis will be communicated to you.

Listen to this mixtape and feel all the emotions of WRACK.

WRACK is a Tokyo based DJ/ Producer.

As a DJ, he has done mixes for NTS Radio, Radar Radio, i-D Magazine and Jerome. He has also performed in Mexico City, Seoul, Beijing, Shanghai, Hong Kong, Chengdu and Ningbo in this capacity.

As a producer, he has done tracks for NAAFI, Eco Futurism Corporation, Club Late Music, Oxyorange, Cybersonic LA and Babel Records, while doing remixes for Wasted Fates, SHYQA, Anakta, AN System and Kelvin T, collaborating with the likes of SPEAK & Lao, El Plvybxy, DJ Whey Protein, Gunhead and Sakura Tsurata. His 2019 EP on NAAFI, ‘Despertar 醒’, was the first record from an Asian artist to have been released on the label.

WRACK is responsible for organizing the CHEMICAL MONSTERS party in Tokyo, which has hosted the likes of Imaabs, Lao, Zutzut, Fausto Bahia and Mexican Jihad from NAAFI, Mechatok and Dinamarca from STAYCORE and B.YHZZ, KRY from Poland’s Intruder Alert crew among others.

WRACK is currently working on a mixtape for Absurd TRAX. You won’t want to miss what comes next.

All music written, produced and mastered by WRACK
Artwork by shealwaysappears

Bandcamp Daily  your guide to the world of Bandcamp